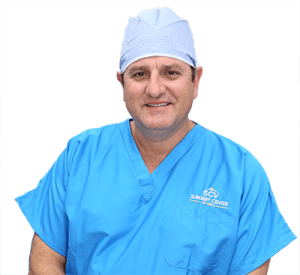 About Specialty Board Certifications Languages Other

A renowned neuro-spine surgeon with a focus on minimally invasive, laser and endoscopic back and neck pain treatment, Dr. Deuk is a pioneer in the field. Dr. Deuk serves as CEO and Medical Director at Deuk Spine Institute and performs the revolutionary procedure that bears his name: Deuk Laser Disc Repair.

Dr. Deuk has also personally performed over 2,000 cervical decompressive discectomies and treated over 1,000 herniated or degenerated lumbar discs with no major complications in addition to hundreds of laser spine surgeries with a 95% success rate in elimination of pain. Laser spine surgery reviews list Dr. Deuk as the best back surgeon.

Patients are so satisfied with their results that they have rated him highly on review sites such as Vitals.com, where he was recognized with the 'Patients' Choice Award' for 2011, 2012 and 2013.

Dr. Deuk’s performance in medical school was so exceptional that he was honored with a teaching position while he was still a medical student, a first in the history of the 110-year-old medical school.

He was accepted into one of the top 3 nationally recognized neurosurgical training programs at the University of Florida at Shands under the direction of Dr. Albert Rhoton, one of the most distinguished neurosurgeons of the last century, and completed his fellowship funded as principal investigator by the National Institutes of Health. During residency, Dr. Deuk specialized in complex spine surgery while studying the most advanced techniques for treating neck and back disorders. Upon completing his fellowship he traveled overseas to learn the latest advances in laser spine surgery. Today he is a board-certified, fellowship-trained neurological surgeon focusing on spine care and laser-spine surgery.

As an Assistant Professor of Neurosurgery at the University of Central Florida's College of Medicine, Dr. Deuk's goal is to advance medical knowledge and teach the next generation of spine specialists. This goal is further carried out through the non-profit Deuk Spine Foundation, an organization established to support the continued research into, and development of, new and innovative techniques to enhance spine health.

American Board of Neurological Surgery